We are delighted to announce that David Lewis, Executive Secretary of the Financial Action Task Force (FATF) and G20 Deputy, received this award at the GCFFC plenary, with the International Consortium of International Journalists (ICIJ) and William (Billy) Downer, Deputy Director of Public Prosecutions in the Western Cape, South Africa as runners up.Finalists for this year’s award were all congratulated on their outstanding contributions and leadership to combatting financial crime.

In the opinion of the GCFFC, David Lewis has provided such outstanding leadership in the field of AML/CTF, in particular as Executive Secretary of the FATF and G20 Deputy from October 2015 to December 2021.

David Lewis, FATF Executive Secretary and G20 Deputy, said: “This is great recognition for the hard work, passion and integrity of my FATF Secretariat colleagues at the OECD, and of the growing army of financial crime fighters in the public and private sector committed to working together to reduce the harm to people, the planet and economies. Thank you to the Global Coalition. It’s humbling and an honour to be counted among all those dedicated to fighting financial crime every day.”

David Lewis has strengthened, built and led an excellent team at the FATF Secretariat with many achievements advancing the fight against financial crime, including on existing and emerging threats such as those from cybercrime and virtual currencies, from human trafficking, people smuggling, as well as continued focus on proliferation finance and terrorism finance. David Lewis was also instrumental, for example, in persuading the then Chinese Presidency of FATF to include environmental crimes, including the illegal wildlife trade as a priority both in China and for the FATF.

David has championed the fight against financial crime, explained the work of the FATF and engaged with a broad range of stakeholders beyond the traditional government representatives, using multiple media channels, regular personal attendance at conferences and engaging with an ever enlarging fighting financial crime community, recognising that the FATF and governments alone are crucial but alone are not the answer. He has brought increased attention at the FATF to a changing world, including the need to focus on new technologies, information sharing, public private partnerships, as well as promoting risk-based activities. In promoting the fight against financial crime, David Lewis recognised the effort should be about preventing and tackling the harms that come from these illicit activities. At the same time, he recognised that tackling the unintended consequences stemming from AML/CFT measures including from de-risking, for charities and humanitarian efforts, also had to be part of this bigger conversation.

In addition to leadership in promoting action on environmental crime, another standout achievement has to include bringing independence and rigour to the many aspects of the work of the FATF Secretariat, whose professionalism, dedication, engagement and respect reflects the leadership from David Lewis and in turn this award is also very much based on and a credit to the FATF Secretariat as a whole.

Finally, and perhaps as important as any of these achievements, Davis Lewis has been prepared to challenge the FATF to ask itself some very important questions with some difficult answers coming back. Whilst many positives come from the existing AML/CTF regime promoted by the FATF, that no one is doing well enough when viewed through an effectiveness lens is a difficult but necessary message to communicate, as the myriad real world harms that come from financial crimes deserve an honest assessment and a prerequisite to promoting the right actions to improve.

The Global Coalition to Fight Financial Crime Annual “Financial Crime Fighter” award is given to the person or organisation that has provided outstanding leadership in the field of anti-money laundering and counter-terrorist financing, for example, in the prevention or detection of financial crime or financial crime harm reduction or in collaboration and or innovation, in the public, private or civil society sectors. Nominations and voting to decide the final outcome are carried out via the Members of the GCFFC and the many experts that work with the GCFFC. The results are announced on the inaugural Financial Crime Fighter Day which takes place on 15 December. 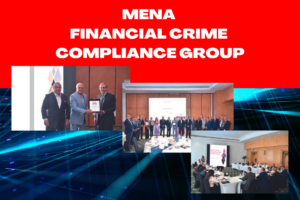 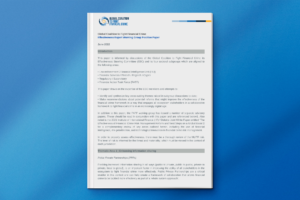 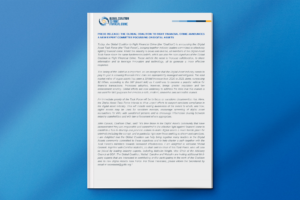