We are delighted to announce that Xolisile Khanyile – Egmont Group Chair and Head of the South African Financial Intelligence Center (FIC), received this award at the GCFFC plenary, with Mark Pieth, Professor, founder and former President of the Basel Institute on Governance and lze Znotina, Former Director of FIU in Latvia as runners up. Finalists for this year’s award were all congratulated on their outstanding contributions and leadership to combatting financial crime.

Xolisile Khanyile, Egmont Group Chair and Head of the South African Financial Intelligence Center (FIC), said: “I have spent 28 years dedicated to the fight against financial crime, 5 of which I spent in the Financial Intelligence Centre, South Africa, supporting the efforts in combating money laundering and assisting in the identification of proceeds of crime. There is still a lot that needs to be done in refining the AML\CFT regime to be more impactful, from receiving quality reports from the reporting institutions, to having fit for purpose Financial intelligence units that are sufficiently resourced, to having skilled law enforcement agencies that are capable of speedily actioning intelligence reports and ensuring they are utilised in investigations, prosecutions and recovery of assets, more in particular of cases that are unknown and have not been registered by the police.

Public Private partnerships such as the South African Anti-Money Laundering Integrated Task Force, known as SAMLIT, have been a game changer and a step in the right direction, proactively in some instances, targeting criminals. I want to personally thank the Global Coalition to Fight Financial Crime for their commitment to assisting us in our fight. The recognition from your organisation is a privilege and one of the greatest honours of my life’s ambition, to make our world safer. Thank you again.”

Xolisile Khanyile has been chosen as the 2022 Financial Crime Fighter of the Year by the GCFFC due to her commitment to fight financial crime, not just in South Africa but across the continent and internationally, with a career spanning 23 years. This year Xolisile was chosen as the Chair of The Egmont Group of Financial Intelligence Units (since July 2022) in addition to her roles as Head of the South African FIU, the Financial Intelligence Centre (the FIC since 2018) and as Chair of the South African Money Laundering Intelligence Taskforce, the first PPP in Africa (established in December 2019). This award is a recognition for Xolisile and voted by her peers in the anti-financial crime community due to her leadership and unwavering commitment to establish the first public-private partnership in Sub-Saharan Africa (established in 2019) while expanding this partnership across the region and creating unique working groups to tackle wildlife trafficking and human trafficking across the continent and internationally. She was also pivotal in helping to pass a Resolution (GA-2022-90-REP-11) at Interpol’s General Assembly in New Delhi as law enforcement agencies globally seek to strengthen a collaborative response to disrupt financial crime and corruption together with FIUs and the private sector.

Her leadership was also recognized by the Egmont Group and chosen as the Chair (since July 2022) to drive an ambitious agenda to promote partnerships and increase transparency to make the fight against financial crime more effective. She remarks that: “We cannot effectively fight organised crime without following the money that links the entire syndicate to the crime, an effective collaboration with NGOs, financial institutions, FIUs and law enforcement agencies is the only effective way of disrupting organised crime networks”.

The GFFC also recognises that Xolisile’s outstanding leadership will raise the profile of both Africa and Women in leadership roles in the fight against financial crime as she’s a role model for many across our industry.

The Global Coalition to Fight Financial Crime Annual “Financial Crime Fighter” award is given to the person or organisation that has provided outstanding leadership in the field of anti-money laundering and counter-terrorist financing, for example, in the prevention or detection of financial crime or financial crime harm reduction or in collaboration and or innovation, in the public, private or civil society sectors. Nominations and voting to decide the final outcome are carried out via the Members of the GCFFC and the many experts that work with the GCFFC. The results are announced on the Financial Crime Fighter Day, which takes place on 15 December. The first winner in 2021 was David Lewis, former Executive Secretary of the FATF. 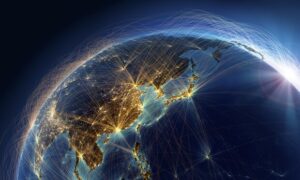 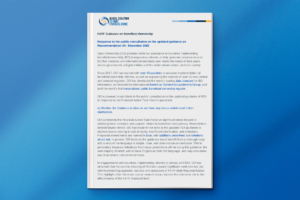